Cloud vendors are taking us back to the 1960s

Trousers were flared, and flowers and funny smelling smoke were everywhere when Gene Amdahl worked as a computer architect at IBM in the 1960s. Back then, designing and building hardware was a big deal and very expensive. Only a few companies produced such equipment, and each was different from the rest.

Software was big, complex, and expensive too. The hardware was all different, so the software had to be designed specifically to fit. Applications programs took a long time to design and de-bug, and they were all proprietary, stand alone and closed, and always were tied to one manufacturer’s computers.

So it was a big deal when Gene Amdahl left IBM and set up his own company to produce hardware that was plug compatible with IBM and less expensive. His hardware compatible products gave companies the choices that they’d not had before. They could still run software designed for IBM but now had the freedom to choose hardware, hardware vendor and price.

While Amdahl was growing more and more successful, Unix was being developed within Bell Labs, and became portable by the end of the 1970s, making it easier and cheaper to design and launch computer hardware with a standard operating system, and lots of companies did. This progress towards ever greater freedom has continued since, with Open Source software, including Linux, the open source version of Unix. 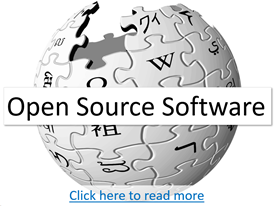 Now we have cloud based platforms of all sorts that deliver powerful capabilities that are flexible and liberated from the underlying hardware infrastructure. Cloud infrastructure, at its core, is a commodity: computing power, data storage, and connectivity are available from many places and differentiated only by price and service…..

The underlying cloud infrastructure itself is very substantially a commodity: Compute, Storage, Data transport. Most good technology services can be built so that they will run in most good cloud infrastructure, given the right choice of components and structure for performance. Thereafter, the variables are cost and service support levels, all of which are different, with different dynamics, that often change over time. Designed and deployed right, this gives the application service owners the freedom to go where and when service and price are best for them. Cloud like this is flexible and scalable, and does what it says on the tin.

That sounds all well and good, except that each vendor has their own mix of services that are proprietary and owned by that single vendor and will rarely work anywhere else. They sometimes do similar things to services from other vendors but they work in completely different ways, making it very costly for the customer to move to another vendor if that becomes the wise thing to do. The purpose of the services, it seems, is to make it easy on the way in, and not so easy on the way out: “click here to subscribe, call to cancel”. 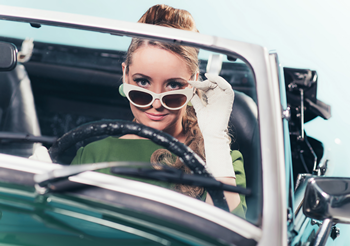 As consumers we all expect choice, good service and a keen price, and want the freedom to vote with our feet if we don’t get what we need or there’s something more suitable elsewhere. It should be the same for decision makers in business. Prices change and so do service levels. Needs and circumstances change, too. What seemed right yesterday can’t be assumed to be right forever, and business decision makers must be pragmatic and able to exercise freedom of choice, in exactly the same way that we expect to do as consumers.

These business imperatives of agility and freedom of choice must underpin the technology choices at every stage, and never more so than at the start of the journey when the strategic choices get baked in, intentionally or otherwise. However, those proprietary services from the major cloud vendors are at odds with the strategic business imperatives. Vendors are trying to take us back to that bygone era when exercising choice was made expensive by technology lock-in.

The forty-five years since Gene Amdahl started offering alternatives to IBM have seen the Open Source movement, common operating systems, standardised things of all kinds making flexibility, choice and freedom accessible in so many ways. The danger is to think of cloud infrastructure and proprietary cloud services as one and the same. They are very different and by mixing them up, coud vendors are trying to take us back to the 1960s where customers are locked in because change is made too complicated and costly.