AI Hardware and the Battle for More Computational Power

We write a lot about Artificial Intelligence and its algorithms, approaches and techniques. As a software developing company, we have a keen interest in such innovations that we can immediately put to practice in our projects. However, Artificial Intelligence is not only a smart program that works miracles; in many cases in depends on a physical device that incorporates this program. Like a robot without its body, AI software, to be productive, often needs a shell. In this post, we’ll explore what AI hardware really means.  More….

The AI Index Report tracks, collates, distills, and visualizes data relating to artificial intelligence. Its mission is to provide unbiased, rigorously-vetted data for policymakers, researchers, executives, journalists, and the general public to develop intuitions about the complex field of AI. Expanding annually, the Report endeavors to include data on AI development from communities around the globe. More….

Only the biggest groups and governments can afford the cost, but users can rent AI systems by the hour. Advances in specialised chips and other hardware have boosted the capabilities of the most advanced AI systems, while also taking the technology into the mainstream. The AI race is now on to reap real-world benefits from a much-hyped technology. More….

The evolution of wearable technology is about more than just crime reduction and law enforcement accountability. The first body-worn cameras provided post-incident information to be reviewed after the fact of an event. The next generation of wearable technology, however, sees smart mobile sensors offering insights in real-time—positively affecting the outcome of an event across public safety, security and transportation sectors.  More….

Globalisation has been one of the defining features of the modern era. It has been marked by the movement of goods, services, ideas, capital and people through a plethora of cross-border networks. US-China trade tensions have mutated from a disagreement about a handful of goods to a full-blown trade war and now a contest encompassing China’s currency and technology. Global networks are changing. They are becoming more contested and more politicised. For their users it spells a more complex, uncertain environment. More….

Antitrust and the intrinsic value of Alphabet

In this post Jeff Henriksen, co-founder and CEO of Thorpe Abbotts Capital, explores how Google has grown to dominate the digital advertising business, and what impending regulation might mean for its core assets.

Why a gin maker invented its own history

Hendrick’s gin looks like it has been plucked out of the Victorian era. But the brand was launched in 1999. What if your brand has no actual history? That’s when you reach for “newstalgia”: using fragments of historical flotsam to spark warm feelings for a novel product. There are two reasons for this backwards drift. More….

In these days of worry about global warming, an energy transition is under way from fossil fuels to clean energy. Of all the oil majors, Shell’s attempts to navigate it under Mr van Beurden are the most intriguing. The importance of oil in its business has diminished; measured in years of production, its reserves are lower than those of its Western peers—ExxonMobil, BP, Total, and Chevron. Shell is bolder than its rivals in forecasting huge global demand for clean power over the next 30 years. And it is the only firm to link its executive’s pay to progress in reducing emissions across its operations, including sales of products such as petrol—the source of most of the industry’s emissions. More….

The magic of computers is that they provide in a machine an ability—to calculate, to process information, to decide—that used to be the sole preserve of biological brains. The IoT foresees a world in which this magic becomes ubiquitous. Countless tiny chips will be woven into buildings, cities, clothes and human bodies, all linked by the internet. Like most futures, a lot of the IoT is already here—it is just not (yet) evenly distributed. More….

Artificial Intelligence and the Future of Humans

Digital life is augmenting human capacities and disrupting eons-old human activities. Code-driven systems have spread to more than half of the world’s inhabitants in ambient information and connectivity, offering previously unimagined opportunities and unprecedented threats. As emerging algorithm-driven artificial intelligence (AI) continues to spread, will people be better off than they are today? More….

ring Consumer Attitudes to the Internet of Things

APPLE’S PRODUCT launches are not what they used to be. A decade ago the unveiling of a new iPhone would inspire quasi-religious ecstasy; devotees would camp on pavements outside shops as the release date drew near. At the firm’s latest event, on September 10th, the format was the same: Apple’s boss stood on stage, clad in a regulation black jumper, and spoke of the world-changing power of the company’s latest wares. But the fizz was gone. More….

The Future of Money

The outgoing Governor of the Bank of England, Mark Carney, grabbed headlines by calling on for a new digital currency to replace the US dollar as the world’s main currency reserve. But why, and what would such a shift mean? How could the rise of the private crypto-currencies such as Facebook’s Libra change the way money – and governments – work? Join Chris Morris and our panel on The Real Story this week as we ask: how is money changing, and could different systems be better for people and countries? More….

As the use of FR becomes more prevalent in the places we move through in our daily lives, the concerns associated with it become sharper. Until the sticky wheels of regulation grind into gear, what are the options for people who want to walk around in public without being constantly identified? More….

Entrepreneurial leaders are needed for a decentralised world

David McCourt believes in inexorable progress. He sees the modern world as one where centralised hierarchies—be they governmental or business—must compete against the power of decentralised groups. He presents this view in “Total Rethink” (Wiley, 2019), which traces his career as a tech and media entrepreneur in which he’s shaken up industries and won an Emmy Award in 2005. The Economist called him “a telecoms revolutionary” in a profile in 1998. As part of The Economist’s Open Future initiative, we questioned Mr McCourt’s optimistic ideas. It is followed by an excerpt from his book, on why the current moment calls for leaders who are entrepreneurial; in fact, revolutionary. More….

The Paradox of Progress

Every four years since 1997, the National Intelligence Council has published an unclassified strategic assessment of how key trends and uncertainties might shape the world over the next 20 years to help senior US leaders think and plan for the longer term. The report is timed to be especially relevant for the administration of a newly elected US President, but Global Trends increasingly has served to foster discussions about the future with people around the world. We believe these global consultations, both in preparing the paper and sharing the results, help the NIC and broader US Government learn from perspectives beyond the United States and are useful in sparkling discussions about key assumptions, priorities, and choices. More….

A river runs through it

May 8th 1997 – Amazon.com offers a glimpse of the future. It may surprise you
THREE floors above an art gallery on a slightly seedy street in Seattle, the world’s biggest bookstore, Amazon.com, hums inside a refrigerator-sized box in the corner of a jumbled storeroom. “It’s not much to look at,” says Jeff Bezos, Amazon’s boss, with some understatement. Where the virtual world meets the physical, disappointments like this are common. But there is a lot more to Amazon than a humming box of computer hardware running its Web site. Companies around the world are studying it as perhaps the best model for tomorrow’s successes in electronic commerce. More…. 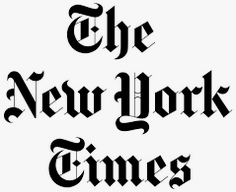 AI is being taught by thousands of office workers

BHUBANESWAR, India — Namita Pradhan sat at a desk in downtown Bhubaneswar, India, about 40 miles from the Bay of Bengal, staring at a video recorded in a hospital on the other side of the world. The video showed the inside of someone’s colon. Ms. Pradhan was looking for polyps, small growths in the large intestine that could lead to cancer. When she found one — they look a bit like a slimy, angry pimple — she marked it with her computer mouse and keyboard, drawing a digital circle around the tiny bulge. She was not trained as a doctor, but she was helping to teach an artificial intelligence system that could eventually do the work of a doctor. More….

Silicon Valley’s giants look more entrenched than ever before

THE TECH wobble of 2018 has turned out to be short-lived. In the final three months of last year, American technology shares dropped by 16%. Since then, however, the biggest firms, including Apple and Facebook, have come roaring back, with their stock prices today sitting near record highs. Meanwhile a parade of smaller digital companies have rushed to float their shares, including Uber and Slack. Airbnb could be next. All told, listed technology firms make up more than a quarter of the value of America’s stockmarkets. More….

Digital Doesn’t Have to Be Disruptive

It’s not surprising that many managers expect digital transformation to involve a radical disruption of the business, huge new investments in technology, a complete switch from physical to virtual channels, and the acquisition of tech start-ups. To be sure, in some cases such a paradigm shift is involved. But our research and work suggest that for most companies, digital transformation means something very different from outright disruption, in which the old is swept away by the new. Change is involved, and sometimes radical replacements for manufacturing processes, distribution channels, or business models are necessary; but more often than not, transformation means incremental steps to better deliver the core value proposition. More….

Over the last few years, most discussions about the next year’s Digital Transformation trends had begun to feel a bit repetitive: Cloud, Edge Compute, the IoT, AR… It always seemed like the same chairs being rearranged around the same old room. 2020 will be a departure from that. While the same core technologies that dominated these discussions will continue to be foundational to our collective digital transformation journey, 2020 will be defined by a fresh new class of technologies ready to graduate to the sidelines to center stage. Among them: 5G, AI, advanced data analytics, but also some that may surprise you. Without further ado, here are the 10 among them that I believe will be the most significant in 2020. More….

Welcome to the Future X Network

Inside Bell Labs, we have explored the limits of current technologies, architectures and solutions with a view of 2020 and beyond. And what we found is that we are at the dawn of an era in networking that will define the future of new human existence. This visual guide takes you on a journey through the key findings, concepts, metrics and research discussed in The Future X Network: A Bell Labs Perspective. It is an interactive infographic that starts with today, and charts a course to tomorrow, showing you why we are at a unique point in our technological history that will bring forth new business models, new markets and a new phase of our technological existence. More….

Over the past decade, I have had the privilege of interviewing thousands of top business-to-business salespeople who sell for some of the world’s leading companies. I’ve also administered personality tests to 1,000 of them. My goal was to measure their personality traits to better understand the characteristics that separate them their peers. The test results from top performers were compared against average and below average performers. The findings indicate that key personality traits directly influence top performers’ selling style and ultimately their success. Below, you will find the main key personality attributes of top salespeople and the impact of the trait on their selling style. More….