In the last week of February, daily fatalities in the Northern Hemisphere broke the downward trend that it had been following with the rest of the globe, and punched upwards, and this upward move has become stronger in recent days. Daily fatalities per million of population in northern countries is now higher than at any time in the pandemic, while countries elsewhere continue their downward path. 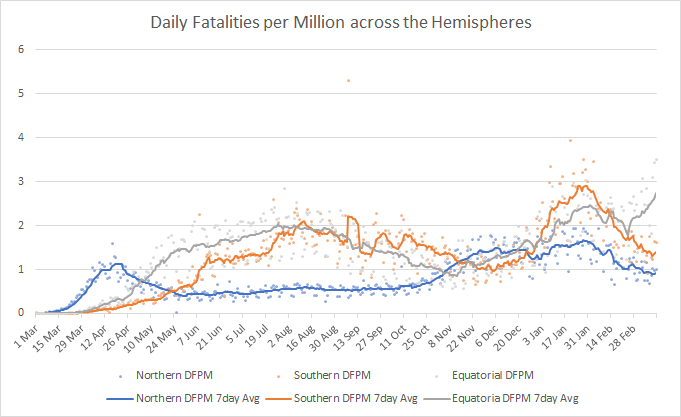 Eastern European countries seem to be having the biggest problems, with daily fatalities high and rising fast. Some countries in North Africa and the Middle East are having similar problems. 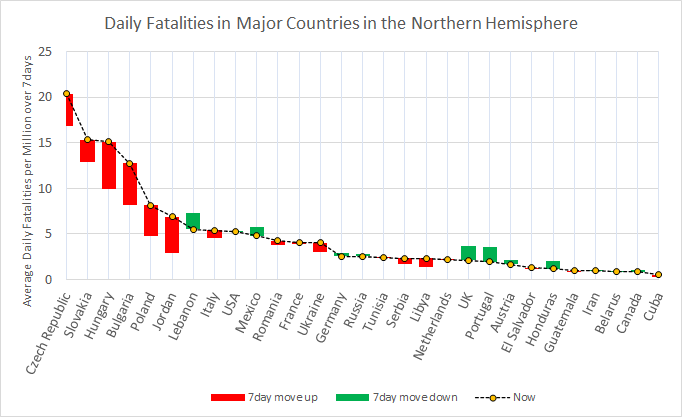 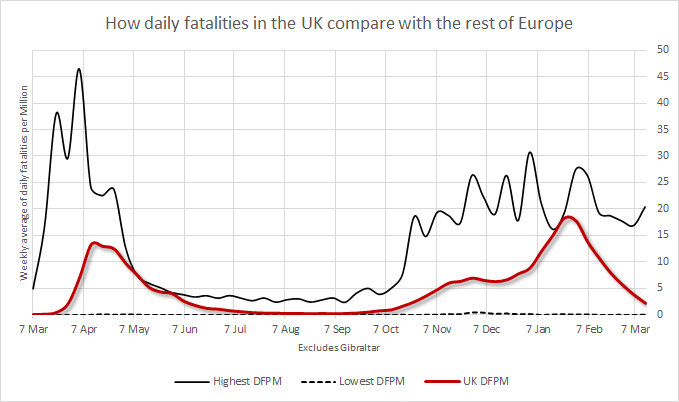 However, the profile of new cases in the UK is changing. As the weeks have gone by since the start of the year, the profile has been sharpening around those in their late twenties and early thirties 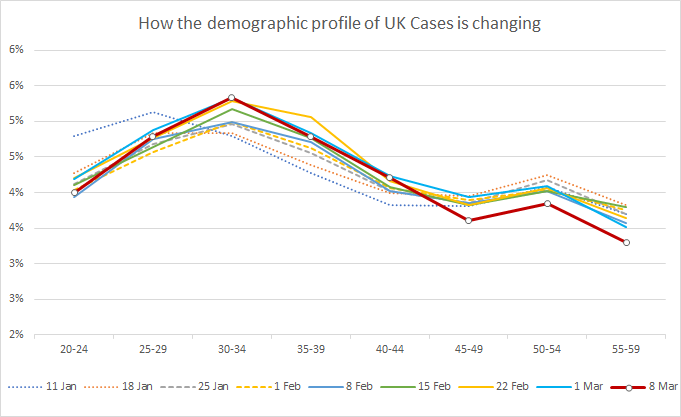