Covid-19 Insights: Europe and other places are heating up 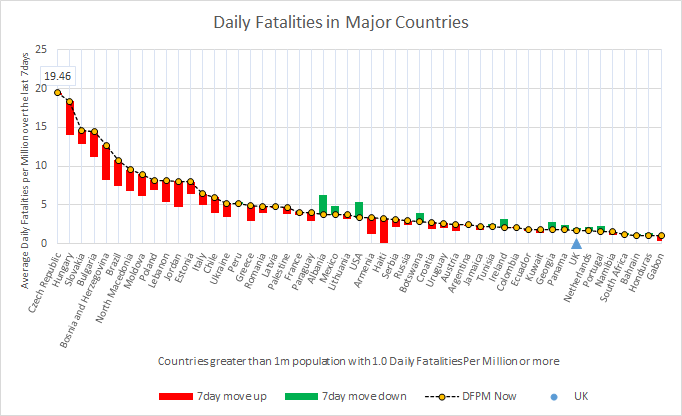 There’s a growing list of sizeable countries with significant fatality rates and infection growth. Many of them are in Europe, particularly Eastern Europe.  South America also has a growing problem and the Middle East is starting to figure strongly, too. 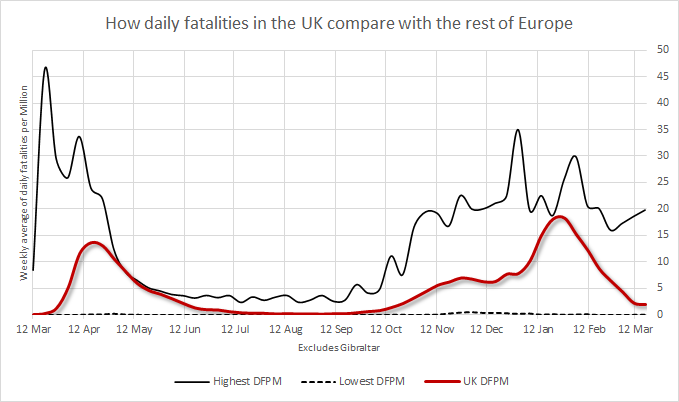 The UK is low on the list, while more and more countries in Continental Europe are returning to tighter restrictions in response to their rising levels of infection. 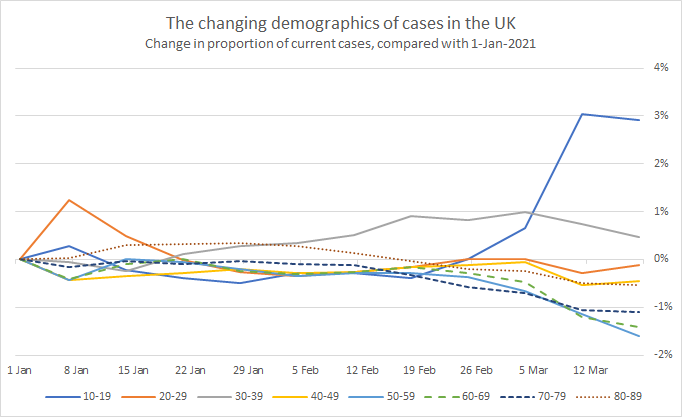 The demographics of new cases in the UK have been changing in recent weeks, and this continues. Most striking is the abrupt rise in the proportion of cases in the young between 10yrs and 19yrs. Two factors are likely to be playing into this. Firstly, there has been increased testing among those of school age. Secondly, and of more significance, is that several recent studies have revealed that some of the new mutations are much more potent among the young. As before, vaccines are shifting attention from death among the old and vulnerable, to sickness in the young and those of working age.