Why the world is battling over 5G

I never thought I’d feel nostalgic for 3G, but those were the heady days when handsets were starting to be about more than making calls and talking to people, and the UK Government raised a whopping £22.5bn from five mobile operators in a world beating spectrum auction. That was early 2000, and it all seemed so simple: new handsets for everyone with new stuff to do on them; the mobile operators has spent a packet but they were probably going to make a packet so everything would be ok. Ah, that lovely Nokia 3310!

Three years on, and in 2013 4G came to us and looked a lot like 3G except a bit faster and a whole lot cheaper for the operators. This time, the spectum auction raise was down 90% – just £2.3bn. Again, we all trudged off to the local ‘phone shop and got our new handsets and a bit more speed. It all just seemed to be handsets, speed and money. 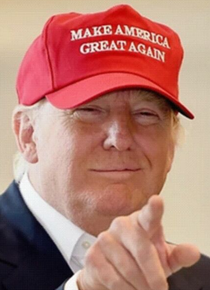 5G is a whole different ball of wax and, as it turns out, handsets, speed and money are a bit ho hum this time. Yes there are new handsets, yes stuff will be faster, and money is a factor, but so what? Big battles are already being fought in several different arenas, by a large cast of characters of different kinds, on a range of issues. Geopolitics is in there, it’s a battleground between different industries as well as competing giants.

The three alpha males in the world of network equipment are Ericsson, Nokia and Trump’s favourite: Huawei. The US President is thumping his chest in a war with China over Global Supremacy, so on the one hand he’s blocked Huawei from selling 5G kit in Ameria claiming security concerns and is arm twisting other countries to do the same, and on the other hand he’s declared he’ll Make America Great Again by beating everyone to the first 5G network. This week the US CTO, Michael Kratsios, gave a muscular speech in Portugal that was critical on countries who signed with Huawei, yet the Company continues to sign deals around the world.

It’s a glorious jungle scrap with bans, almost bans, legal battles against bans, refusals to ban, and so on. Some countries have succumbed to pressure from The Donald, some are doing all they can to avoid looking like a lackey (Germany), and some are sitting on the fence for as long as they can keep their balance (UK).

Then there are the equipment and software folks

The trouble is that there really are only those three to go to if you’re serious – Huawei, Nokia and Ericsson. These are the guys who make the equipment and software that scoop the signals out of the air and send the data off into the Internet and the world’s networks. These are called Radio Access Networks, of RANs. The problem here is that things were bad enough with only three main makers – they could and did effectively lock out smaller players who might have competed for parts of the solution, and this keeps prices high and customers loyal.

So an open software initiative has been in the works for a while, called the Telecom Infra Project, or OpenRAN, and it’s backed by some of the other players as a way for customers and vendors to get going with reduced costs and greater flexibility. Vodafone has been running trials of the software recently, and say they’re encouraged by the results. Of course other open initiatives are available, like O-RAN, and OpenAitInitiative. It’s likely to be a crowded field.

Radio spectum is the scarce resource – you can use bits of it twice, although that’s been tried. International treaties exist to govern its use and national governments control who gets licences, but everyone’s clamouring for more. Satellite operators; broadcasters and the media; the whole industry that’s pushing connected home devices; scientific and weather agencies; emergency responders and the military; and, of course, telcos.

New services needing spectrum have to find ways of elbowing their way into the mix among existing services, and 5G is coming late to the party. Just to complicate matters, different parts of the spectrum work differently from others.

National governments are competing here too. Whereas spectrum sales used to be seen as free money, governments are now so desperate to see 5G deployed more quickly that they are sacrificing income and handing out low cost licences – China is giving them away for nothing. This battle is getting a bit undigified.

A world without wires

The global pressure and competitive battles around 5G are a reflection of our changing world and a recognition that 5G must happen because of all the other things that are happening.  People and smartphones were the challenge of the last era of mobile communications, and the problem has largely been solved. Mobile networks with decent speed are not yet ubiquitous but are within sight.

More and more people are more mobile than ever before, and using more rich data than ever before. That multi-dimensional growth is not stopping any time soon, and it is a world without wires. The volumes of data consumed by people are huge and dwarf what had been predicted. Networks just cope, usually, but only at the moment.

It’s not so much about people

Coming over the horizon is the world of connected devices. Just in the home the number of devices needing to be connected is proliferating. The real growth in the population of devices is only just beginning. Industrial devices, robots, drones, trackers, medical monitoring – the list goes on and on.  Self-driving vehicles have to be connected in real time, too.

There is huge pressure to introduce all these devices and the new services they make possible, and yet the sheer number of devices cannot be supported by today’s network technologies. For this reason a key attribute of 5G networks is the ability to connect 1,000 times the device density of existing networks – 5G is essential to the future of connected devices. 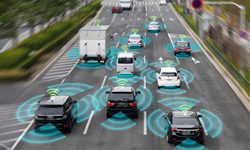 Existing networks are designed to talk to centralised systems but it would take far too long for messages between one vehicle and the next to have to go all the way to some dustant server, for instance. Imagine the chatter between a bunch of vehicles on the move.  So 5G pushes computer power out to be near the devices using it, so messages can go by a much shorter route if they need to.

The reaction time – latency – in 5G networks can be fifty times faster than previous networks, and this is an absolute requirement for the world of industrial and other connected devices such as robots and vehicles. For them to happen, 5G must happen, and they are on the way.

There’s a lot at stake

The digital world that’s coming will be mobile, fast, everywhere, with connected devices as well as people. The fabric needed to bring this world to life doesn’t yet exist, but it is getting closer and it’s 5G. There will be lots of battles, winners and losers, but it will happen because the future won’t work without it.

Companies are jostling for position and national governments, too. Industry projections are like telephone numbers (pun intended) and Qualcomm presents one example. More measured, perhaps, is the overview from the World Economic Forum. However you assess it, the future will require fast, highly responsive networks, connecting billions of mobile devices, everywhere. Oh, and you’ll be able to download movies really quickly as well.

Blog Scarlett O’Hara and what’s around the corner for tech infrastructure
Blog 737Max, WeWork, and how tech can deceive
Blog Pre-flight checks for business
Blog These conditions require skillful driving
Blog Make Believe Startups
Blog Are we nearly there yet?
Blog The future began a while ago
Blog Can entrepreneurialism be taught?
Blog Human engagement is a big opportunity