I stumbled on a definition of Suspense Account this week. It wasn’t what I was looking for but it started me thinking how many startups ought to go into a suspense account somewhere.

Growth is good, if – Much of the time, high growth is seen as valuable of itself. The trouble is that someone has to pay in the end – someone must value that large scale and be prepared to stump up the cash to sustain it. So growth is fine in the meantime, provided that it ends up being valuable to someone. If not, then the value of that growth was make believe.

It has to be financial – If we rule out big things that are funded by the taxpayer, the growth must lead eventually to a financial surplus that will sustain it. Investors may join in the make believe along the way with the entrepreneurs and others, but this is just intellectual suspense accounting. A startup venture can’t remain forever in the Great Suspense Account.

Sooner or later there will be a day of reckoning – One day patience will finally be exhausted, funds will have dried up, support played out, truth visible that blots out hope. That’s when it becomes clear whether the Emperor was wearing any clothes: can the business sustain itself? 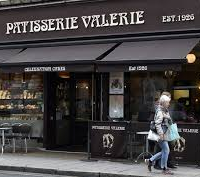 Managed decline or train wreck? – Sometimes the reckoning comes quickly, but not always. Patisserie Valerie blew up suddenly with the discovery of a financial black hole of nearly £100m.

It looks as though WeWork will be a long drawn out affair, after their IPO was pulled because public markets made it clear that they didn’t share the same rosy view of the growth curve as the founder, SoftBank and others.

Two new co-CEOs are now running WeWork as I write, and the news so far is that they are slashing costs and slashing the growth rate. They have some cash to give them a runway to do this. The question is whether they can do enough, quickly enough. Patisserie Valerie had no such luxury – the cash had already gone.

Who knows what and when? – It’s almost never the case that the evidence or pointers to problems were not visible to decision makers. Even with outside events, the writing is nearly always on the wall if decision makers look. I’ve been in a similar situation to Luke Johnson, the chairman of Patisserie Valerie, and been stunned by discovering something disasterous that others did know before me. The business model at WeWork had been seen widely and openly as unsustainable, and for a long time, but SoftBank was willing to continue to punt billions despite this. It looks as though lots of people knew of the problems at WeWork, and lots of people didn’t know about the problems about to hit Patisserie Valerie. Perhaps the apparent speed is just a function of how many people are finding out at once?

Suspended Belief systems – The story goes that Masayoshi Son of SoftBank agreed to invest almost $5bn in WeWork after just 12mins and a car ride. There was an awful lot of belief going on in that car, but this was January 2017, and many rounds had been raised over the previous five years. Crunchbase lists a total of almost $13bn raise in 14 rounds.

It’s all down to the business model – Sustainability is determined by income less costs – yes, I know that’s simplistic, but you get my point? WeWork is rumoured to have spent $2 for every $1 of income – that’s hardly an obscure or arcane matter. So what could happen to make the fundamental difference that’s required? It would have to be big and obvious, too, and should have been very clear and openly understandable. In the case of Patisserie Valerie, so far as I can deduce, the business model was straightforward and credible, but the underlying information it was based on was incorrect. A sad demise.

Isn’t it fairly simple? – Surely the question at the outset must be: Can they sell something for more than it costs to make it, sell it to customers, and run the business? Wouldn’t you ask that question before you start, before you invest? The alternative is Suspense Accounting.

Blog Are we nearly there yet?
Blog The future began a while ago
Blog Can entrepreneurialism be taught?
Blog Human engagement is a big opportunity
Blog The Good, The Bad, and The Surreptitious
Blog We need to talk about losses