How do we survive the big data punch-up?

They say that power corrupts, and there are plenty of examples of that since the dawn of time. In today’s world it’s data that’s the currency of power, influence and control. Those that can get more of it try to do so in a cat and mouse chase with those who think they shouldn’t. It’s getting serious, too, with dangers ahead.

It’s most dangerous for those who’ve got data or create it, and particularly for companies caught in the gap between their customers and all the big power groups who are slugging it out for control in the Big Data Punch-Up.  There are so many brawls going on and they’re a long way from concluding, with a lot of fighting that has to happen yet, before we find out who is the last man standing.

The dominance of Big Tech is a growing concern for more and more interest groups. Are they just too dominant and marginalising other providers? Are they becoming so powerful that they are beyond control and able to act with impunity?

The power of Big Tech companies comes from the central role that they play and the data that this gives them, which is self-reinforcing: more involvement = more data = more dependency = more involvement, and so it goes on, deeper and wider.

Google, Facebook, Apple and Amazon have so much power and resources that they are ideological and existential threats to the US State and Federal Government, the EU, China and Russia, at the least, never mind others in their industries. The threat that these companies represent to the supremacy of Nation States, their regulators and taxation, is so significant that this battle is not going to be resolved soon. Data, its production, storage and flows are where this fight is being played out. It’s starting to get ugly.

States are against States in the fight for control 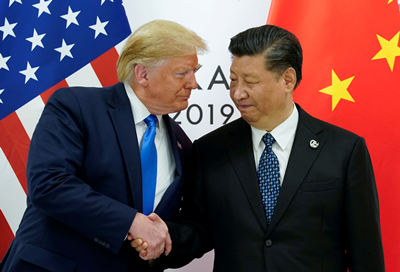 US Federal and State Governments are conflicted – they fear and envy Big Tech’s lack of accountability, yet they are after their benevolence, tax Dollars and international influence and status. These things are creating tensions between states, with noisy and increasingly strident aggression.

The EU is taking an outwardly principled stand, centred on data privacy and taxation. A long-running investigation is underway by the EU Competition Commissioner, Margarethe Vestager, and this has just been broadened with a demand for evidence from news groups to detail how they share data with Google. These are oblique moves and destined to make laborious progress while Big Tech is making a headlong dash. Would they be so assiduous if these tech companies were European?

China presents a duplicitous attitude to data, except that control of data is their clear objective. The Great Firewall is well known and understood. Browsing in Shanghai brought up pages that looked like Swiss cheese, with things missing, right and left. What did display arrived at blistering speed – it was just missing the bits the Government didn’t like. Their population is under scrutiny and control, all through an iron grip on data.

Externally, data is a battleground between China and the US, with Trump slashing right and left to make America great again. There’s a decent possibility that the external purpose of the Firewall is to keep out American pioneers for long enough that indiginous Chinese competitors can get established and embedded – think Tencent and Alibaba.  Oh, and there’s Russia’s approach to data too, of course.

All this leads to growing data protectionism and Balkanisation, with real but artificial, semi-permeable borders, shifting regulatory tactics, tariffs and threatened action, all of which drastically complicates system architecture and deployment and data structures.

Big Tech is trying to eat everyone

The Big Tech four are on a mission, it seems, to “embrace, extend and extinguish“, and the tactics look pernicious. On the face of it, Amazon and Google look the front runners with the huge sweep of their activities and the way such disparate propositions reinforce their influence and control through their web of interconnected data.

I daresay Microsoft, Apple and Netflix are not far behind, although their businesses look more vertical in a defined sector, whereras the other two just seem to go everywhere and are into anything and everything from front doorbells to healthcare.

More and more data, more and more knowledge, influence and control, but nothing is quite so obvious, now that those days of simple, bully-boy brute force have gone, along with Steve Ballmer.

The threats are to flexibility and pragmatism

There are dangers for the rest of us from all these bruisers and power groups slugging it out, sometimes in the open, often in the shadows, occasionally professing it all to be for our benefit. It’s easy for the rest of us in the industry to get caught in the crossfire, trampled underfoot, or whatever metaphor you prefer.

There’s an overview of some technology trends here, and these trends are directional and visible. The effects of the Big Data Punch-up are much harder to predict, except that they will happen and they will abruptly shift the rules of play for decision makers who are building ventures that depend on data.

The threats are to flexibility and pragmatism, and to the ability to make choices and changes along the way to improve the outcome or navigate competition. These are the rocks and pot holes in the road ahead, sometimes visible through the windscreen, sometimes appearing without warning. For the business decision maker, there’s no substitute for having maximum pragmatism and flexibility.

Hotel California and the Single Pain of Glass 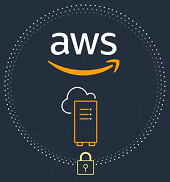 As those caught in the big tech machinery of on-line advertising are finding, there are enticing advantages to be had by joining in but beware, because it’s difficult to get off the drug. Amazon’s new Outposts service makes it easy to give away control of your private infrastructure and check in to AWS, but far harder to check out and leave. It’s no accident that they portray everything padlocked inside a fence.

The talk now has moved on from Cloud, and has moved up to focus on the management layer, bringing together different solutions, services and deployments as a single architecture – the so-called Hybrid Multicloud and the Single Pane of Glass through which to see and manage it.

This abstraction of the underlying components and services is being seen as the next phase of Cloud, and it makes admirable good sense unless it sets up pain for the future because it threatens the pragmatism to choose the right underlying building blocks for the application, or threatens the flexibility to respond to change and developments inside and outside the organisation. Does it give flexibility and pragmatism, or lock you in to what’s underneath?

There may be mirrors on the ceiling and pink champagne on ice, but the technology decision maker must be wary of checking into Hotel California.

More on this subject

Peter is chairman of Flexiion and has a number of other business interests. (c) 2019, Peter Osborn.