Experience is not what it used to be

As parents, we’re delighted when our new infants finally manage to match the shape with the shaped hole in the learning toy. We show them pictures of fish, cats, dogs, lions, and play the same “what’s this?” game that’s been played by parents and grandparents for decades. Humans are good at this pattern matching and it’s one of the things we look for, early on, in young children.

This skill underpins a great deal of what we do as adults. Reading is just high speed pattern matching. Brand marketing is all about presenting a readily recognisable pattern in fonts and colours as well as logos. Anyone watching Battle of the River Plate on iPlayer recently, will have seen pattern matching for grown ups, as the two sea captains discussed making the silhouette of your own ship look like one from a different navy to foil pattern matching. 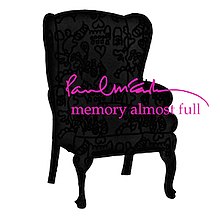 We’re all so good at it – it’s an inate skill that we improve and improve. Every day we get another 24hours of data to feed the machine learning that’s going on in our brains. Paul McCartney’s fourteenth studio album was released twelve days after his 65th birthday, and called “Memory Almost Full”. Indeed! The older you get, the bigger the database you’ve got available to scan for any reasonable fit in a new situation, and the temptation to do that is in-bred.

This is how humans have survived and thrived over thousands of generations: the ones who can assess a new situation quickly and recognise threats and opportunities, are much more likely to survive, and it’ll be their genes that get propagated. The Survival Premium reinforces what works and diminished what doesn’t: 25,000+ years of evolution can’t be wrong.

Past experience is not necessarily a guide 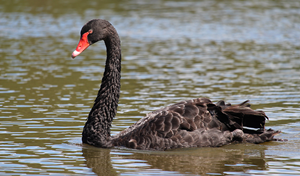 In Seventeeth Century Europe, the presumption that everyone made was that swans had white feathers, period. In fact, no one realised that they made this assumption, because they never considered any alternative: “All the swans I’ve seen were white, therefore all swans are white, right?”  Wrong. In 1697, a group of Dutch explorers were the first Westerners to see black swans. That name is now applied to any event or situation believed to be impossible, that’s later disproven. Wikipedia….

Experience can be an unreliable guide when pattern matching encounters something new. That’s why the folks who are developing machine learning systems are desperate for more and more data, as much of it as possible. It’s a fair assumption that the wildly popular FaceApp and Zao were launched simply to harvest millions of faces to train algorithms in Russia and China, that I wrote about here. Australia did it again a couple of years ago, when Volvo was out there training a self-driving system and it encountered a jumping kangaroo and got completely confused. The system had never seen a large animal jump so far off the ground, so it rationalise the situation by assuming that when the thing was in the air it had suddenly got larger and further away. Wrong! Guardian…

So long as there aren’t any black swans

All of this survival training and pattern matching is good, until something radically new comes along, like is happening all around us now. When the range of possibilities is small and correlates closely to past experience, pattern matching works well. For almost all of human history that was a very good, reliable survival technique. As those Dutch explorers discovered, when you’re pushing the envelope beyond the known, experience becomes an unreliable guide, obviously.

They got to Australia and saw those black swans just as change and human curiosity were starting to gather pace. Galileo was fifty years earlier and the Industrial Revolution was fifty years later. Discovery of impossible things hasn’t stopped since. As a species, though, experience learned through survival still tends to drive our behaviour, and the more experience we have, the more it’s a factor – the more pattern matching goes on. Fine when there are no black swans but decision makers must find ways of over-riding those instincts in today’s fast-paced world of the newly possible.

It’s cultural, and so are the solutions 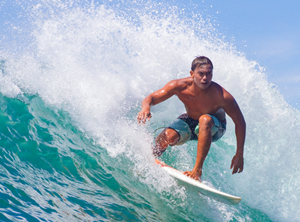 Teenagers and Twentysomethings are so good at innovative start-ups because they don’t have enough experience to know any better. This is great and the lack of experience prevents the tendency to make those pattern matching assumptions that frequently come with age. The difficulty is that their lack of experience also makes them vulnerable to repeating mistakes others made, that could have been avoided.

We’ve all seen businesses that get going quickly and make it up as they go – “move fast and break things”. Equally, there’s no shortage of businesses, usually older, that just didn’t change when the world around them did. Organisations, like people, have attitudes and cultures: young thinkers, fast and innovative; older style, set in their ways, slow.

Experience is a mixed blessing in today’s fast moving, fast changing world. Business is like surfing: be cautious and lean back, and the wave leaves you behind, impossible to catch; get too ambitious and lean too far forward, and you’ll crash and burn. You have to surf the wave you’re on. We need a culture that gets the relevant value from experience without it diverting attention from radically new possibilities or being a constraint.

Business should be surfing change and thriving. Here are some ideas for decision makers grappling with the mix of radical change and business experience:

In much of today’s world, the past isn’t really of much use as a guide to the future, and that’s certainly true around technology and the things that it’s influencing. A good first step is to challenge any pattern matching, for example: words like “usually”, “always”, and “never” should be loud warning klaxons that trigger challenge. Be intensely curious. Ask why.

When things are changing quickly, the here and now is what matters. Last year’s budget, even this year’s budget, may be no good as a tool for decision-making. When you’re driving at a hundred miles an hour, the rear view mirror is largely irrelevant. I favour forecasts that go out a couple of quarters and get updated monthly, but there are situations when that’s not immediate enough. Process must be driven by circumstances, not the other way around.

Senior management should know how to respond to events and abrupt change. It should be a familiar process. Some companies deliberately practice, but that may be over the top for most organisations. There should be escalation processes in place and other agreed mechanisms to that valuable time is not lost in figuring it out in the heat of battle.

Ask yourself what assumptions you’re making, what you are taking for granted. When you hear someone bringing a wisdom into the decision making process, ask yourself when that wisdom was wise: how long ago was it, and what’s changed since then. When you think that you’re at the cutting edge, ask yourself if that’s really true about every aspect of what you’re doing, or are you putting new words to an old tune.

The past isn’t necessarily a guide to the future, but it can be. Back in the day, when change was less abrupt and was more a matter of degree, the value of experience was correspondingly widespread. In this world, where people move fast and break things, it’s wise to be ready for black swans. 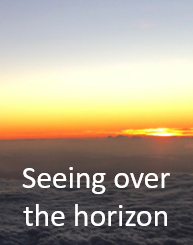 Also:
Blog The future began a while ago
Blog Can entrepreneurialism be taught?
Blog Human engagement is a big opportunity
Blog The Good, The Bad, and The Surreptitious
Blog We need to talk about losses
Blog WhatsApp scuppers the B2B market

Peter is chairman of Flexiion and has a number of other business interests. (c) 2019, Peter Osborn .