These waves are exciting! 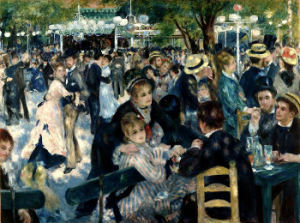 This is a really exciting time to be in the thick of early stage business, and possibly the most exciting time yet in the five decades I’ve been doing this.

I stumbled on an interview with the great mathematician, the late Dr. Jacob Bronowski. (BBC) He was obviously really excited about the two epochs of discovery he’d experienced – 1930s in physics, 1960s in molecular biology – it was infectious.

So I started to mull it over: could this be a “Belle Epoque“, perhaps? We’re not filling our boots with deep fundamental scientific discoveries of the kind that enthused Dr. Bronowski in that 1964 interview. There are some, like the guys that have developed carbon nanotube processor chips (BBC) but this is not what’s driving much of the change that’s going on. 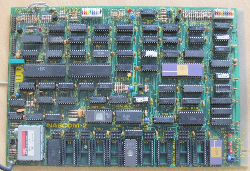 Like Bronowski, I reckon I’m fortunate to have been around when I have been. My business life began just as the world began to go digital. First in the London recording studio industry just as digital tape machines and faders emerged, then the early digital signal processors made by Eventide Clockworks. I went down to Henry’s Radio in the Edgware Road in the early ’80s to buy a Nascom, one of the first microprocessor kits because it looked like part of some really significant new world – it certainly was! Partly as a result, I started Uniplex in 1981. I got my first internet email in 1986. We rode the wave as word processing penetrated into office life, and that’s the key to this epoch: digitalisation and the way it’s penetrating into everything.

There are two major waves in this penetration, and each is just getting going.

Some of the implications and impact are simply vast. The digitalisation of the recording and production process caused cataclysmic change in the music industry, from the near-death experience of record labels, to the surge in the live music scene, both entirely predictable. Apple Music was at the forefront of this on mobile, which makes their launch of a web service look uncharacteristically defensive. (Apple Music beta)

I’ve written elsewhere about the changes coming in subscriptions, and these will bring some rebalancing to the world of recorded music by altering the economics in favour of the long tail of musicians that aren’t headline acts with a well publicised back catalogue.

The digitalisation of processes is well underway, and is now steadily working through all the possibilities.The impact of 3D printing has only just begun – now it can be done reliably, the first wave has largely run its course in that field. We know how to put an app into a smartphone, display information and collect responses. We know how to authenticate, and we know how to execute payments digitally, without human intervention. Now what clever things can we do with all that? We know how to work out where we are on the planet, and to map a route to anywhere else. We know how to collect lakes of data and find patterns within it. We beginning to know how to train computers to draw conclusions, although there are some teething problems, as Volvo found out when their test cars first saw kangaroos. Huge progress has been made in many areas and it’s just a matter of time before penetration goes a lot further and the understanding is that much more complete. 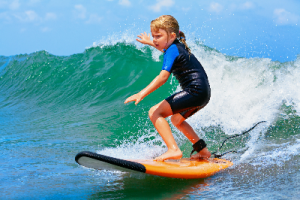 Following hard on the heels of process digitalisation, is all the business innovation made possible by this explosion of new techniques. Uber, Spotify, good old eBay and, inevitably, Amazon – these and others are the poster children of this wave of innovation in business made possible by all those basic processes that we’ve learned how to digitalise.

Alongside this are the changes in the ways that people use technology and all the new services and business models that are emerging. Different people work differently and there’s now a raspberry ripple of changing services conflated with changing usage, as they develop and innovate, and influence each other.

Some things are still holding us back, as so many of the people still trying to run a business in rural England will tell you. It’s going to be a while before adequate network connectivity can be assumed to be everywhere. Autonomous vehicles will not reach everywhere until 5G really does arrive, and neither will the potential of IoT be realised.

These waves are racing ahead and it’s exciting to be surfing them, and that’s exactly how it feels: fail to be adventuous and the wave leaves you behind, and no amount of paddling will get you back on it; lean too far in front and be too creative, and you crash and burn. Ride a wave, then find another – there’s plenty to go around!

Blog We need to talk about losses
Blog WhatsApp scuppers the B2B market
Blog: Are humans the ultimate differentiator?
and Interesting Reading