Where are Data Protection and Safe Harbor laws now? 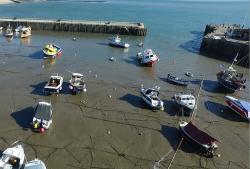 So, we had been on track for the EU wide overhaul and harmonisation of data protection laws, and work had begun to sort out the stand off between the EU and US authorities over safe harbor provisions.

Where’s all that now?

Presumably, the UK will exit – it must do, I guess – and do we keep our existing data protection laws, adopt the new ones that the EU has underway, or do something else? If we keep ours, what happens when someone wants to keep data in Continental Europe? If we adopt the new, EU wide provisions, what on Earth was the point of the referendum? If we do something else, what is it we’ll do and when?

As for Safe Harbor, are we in the EU and therefore joining in the rejection of Safe Harbor because it doesn’t allow EU citizens adequate protection of their data if it’s shipped to the USA? Well, we are for the moment – for the moment UK citizens are EU citizens, but that will change in twenty four months, give or take. Do we give two years’ notice that we don’t like Safe Harbor, and plan to shadow the EU? That’s not what Farage, Gove and Johnson were all about in the last four months. We can’t do something now, yet, but do we plan for a different regime – our own perhaps?

Just two “small” implications of deciding that we’re going to jump out of the aircraft in a while.

Peter is chairman of Flexiion among other business interests.