Technology does it again 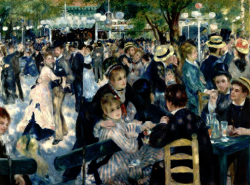 I’ve heard it said that photography released painters from the workload of capturing reality, freeing them up to do what cameras can’t do. I daresay that many painters might point out that they are capturing what they see as aspects of reality, but you get the point. Camera technology took over the great mass of all that portrait work at around the same time as the Impressionist Movement got into its stride. Technology has a habit of doing this kind of thing – tractors and other machinery revolutionised farming in the 1930s, and saved men and horses all that backgreaking effort by removing the need for unthinking muscles. 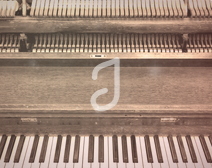 Two meetings that I had yesterday, served up an irony for me and another helping of technology doing it again, and with music this time. In the morning I heard all about JukeDeck, which is a brilliant Cloud service that has developed algorithms to embody the rules and conventions of musical composition. At the press of a button, you can now create a unique piece of background music for your video. As it was explained to me, because the marginal cost of production is zero, the music can be given away, cost free.  No more need for the gut grind of churning out bits of music that largely exist only to fill silence. 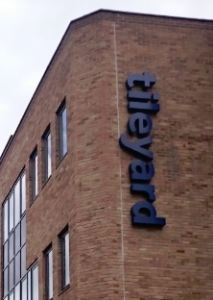 In the afternoon, I went over to Kings Cross, to see Nick and some of the team at Tileyard Studios. How fantastic! Seventy three music studios and a hugely vibrant atmosphere of creative people working together and sparking off each other!  It was exciting and full of energy – walking down to Vinyl, their cafe, I overheard someone on his mobile phone: “Ok, so remind me who the headline act is again?”. Tileyard tell me that they are full, all units taken, and they’re a long waiting list – I can’t say that I’m surprised!

Is the JukeDeck I saw in the morning likely to affect the musicians I saw at Tileyard in the afternoon? I suppose just possibly, at the margins, perhaps. Did they look bothered about it – no they didn’t

All over, technology is doing it again and again: doing the drudgery and enabling people to reshuffle to move on to more interesting things. The revolutions like this that are gathering pace are, of course, robots and automation in the physical world, and artificial intelligence in the world of knowledge. The Economist is running a conference on Digital Transformation, later this year on the impact of these trends, and it should be fascinating. Nearly a billion people have been lifted out of poverty, and technologies of all sorts, removing drudgery and transforming the way we do things, have played their part in that.

Peter is chairman of Flexiion among other business interests.