What do screwdrivers, MacBook Air, and Bob Dylan have in common?

They say that pretty much everything can be analysed into a Boston Four Square, although BCG only uses it to look at the positioning of companies in a market. I have to admit to using it relentlessly, myself, but I’m starting to think there may be a Law of Three for entrepreneurs. Recent events here at Osborn Towers turned up two examples in quick succession.

Of course, these things – the Boston Four Square and Osborn’s Law of Three for entrepreneurs – are just analytical devices that cause you to look further as you analyse a situation. They stop you being satisfied too early by the things you’ve uncovered, and make you press on to see what you’ve missed.

Knowing where Fortune is beckoning

I’ve found that it really pays to know what’s going on – odd, that, I know! That might sound axiomatic but it’s amazing how tempting it is just to immerse yourself in the stuff you’ve got to deal with, and not to understand the backdrop. It seems as though Osborn’s Law of Three is at work in the kinds of things that deliver opportunities for entrepreneurs: three kinds of situations to watch out for, understand, and run with. Misunderstand the causes and you’re likely to miss out because you’ve used the wrong tactics.

I’ve seen many entrepreneurs misjudge (2) and (3) and call them the wrong way round. Getting stuck in (2) is often so easy to do – Paralysis Through Analysis, or being the rabbit caught in the headlights. There are times when all the necessary decisions have been made and you just have to get on with the sweat and toil.  Equally, I’ve seen dogged entrepreneurs slogging away when the situation calls for change: when you find yourself in a hole, stop digging.

The Law of Three in Pricing Power

I was talking to an investor friend this week, who has been mulling over a buyout prospect. On the face of it, a great company with nice margins, very nice margins, but you know what they say: when something looks almost too good, it might be too good to be true. His instincts were to look carefully, and so we talked about pricing power. Osborn’s Law of Three for Entrepreneurs says that there are probably three main drivers of pricing power, and it’s not so hard to identify what they are. This is where the screwdriver, Bob Dylan and MacBook Air come in.

The three main drivers I’ve identified are these 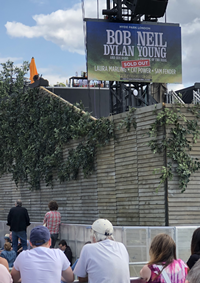 So what about the title of this blog? They’re all great examples of pricing power, albeit from different perspectives. Understanding the drivers and how they move and can be moved is vital to understanding business models as a business decision-maker, an investor, or a competitor.

I went to see Bob Dylan at Hyde Park this summer. There’s only one of him and that one is starting to look time limited, so I wasn’t that bothered by whatever price I had to pay. In fact I don’t even remember what the tickets cost, except that it was eye watering. I didn’t pay the hefty premium to get into the enclosure, or the even heftier premium to have seats in the stand with the glitterati, but we had a great time. He was great, the weather was superb, and even he was enjoying himself – now there’s a first.

I’m always fascinated by the great brand marketeers and what they get away with. The power supply on her macbook went faulty a while ago – the wire fractured where it comes out of the power block due to the constant bending back and forth, so no alternative but to get a new one. What to go for? A cheap knock-off on eBay, or the full monty at £78 – £78!! What a price – Guys, it’s only a power supply! 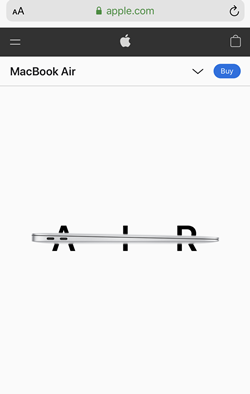 Of course, I paid up and got the genuine article, didn’t I? Even though the last one went faulty in a pretty ordinary way, I still went for the one with the logo. Isn’t it interesting how they market their products. A full screen devoted to the latest laptop is almost entirely white space and it’s easy to miss the picture of the wretched device itself.

So how would we score the Apple MacBook Pro on The Law of Three as applied to pricing power? Say 20% for utility, 50% for perception, and 30% for scarity? After all, you’ve convinced yourself that you need a new laptop, but when you look at the functionality dispassionately, there’s a limit to what’s actually more useful than one of those black slabs out of Taiwan.

You’d have to give scarity a higher mark than utility because the things are only available from Cupertino. The real driver is perception, though, let’s face it. Apple does very well in this department and it’s Jobs’ legacy. Now Ive’s gone too, it’ll be interesting to see how things pan out. I’m sure that Mr. Cook is a great guy, but he doesn’t have the flamboyance, flair, or sheer verve of Steve and Jonnie.

And the screwdriver? I’d say that was 90%/10%/0%.  Provided you get your Philips versus Posidriv things right, it’s all about utility – did it make the screw go round? Yes or No?  If it did then that’s the end of the story. Tales of the Screwdriver are not going to get pulses racing at this weekend’s dinner party. The things are available from so many places up and down the high street or nowadays more likely in the edge of town shipping city, so scarcity can’t score anything. Perception? Yes, a bit. I admit that I’d probably rather buy a branded driver in one of those unopenable plastic bubbles, than pick up one for 10p at a carboot.

So Boston Four Square, Osborn’s Law of Three for Entrepreneurs? You can probably convince yourself of anything, but I find it valuable to have some structures that require rigour of thought. Searching to identify the three types of whatever it is, is better than not bothering. After all, there are two sorts of people: the sort that divides the world into two sorts of people, and the sort that doesn’t.