At last I see some certainty about start-ups

There was a time when a start-up was really early stage, typically pre-revenue, but the last five years or so have changed all that. Search the Financial Times for the phrase, for example, and you get results for seemingly all stages of ventures from IP spinouts from Universities to things like WeWork, Uber, Oyo, and you’ll even find an article about a fund that’s recently been raised to invest in late stage start-ups. That sounds like an oxymoron akin to military intelligence.

What on earth is a Start-up?

So what on earth is a “start-up”? On the basis of this sample, it’s hard to deduce what common characteristic is in mind when the phrase is used. It certainly isn’t that they’ve recently been started up. Some of these organisations have been around for the best part of ten years. Nor is it about size or perceived value. After all, there’s a sub-set of start-ups that have become “unicorns”, which is defined as start-ups worth more than $1bn. It doesn’t seem to be scale, either, since several of these are multi-nationals with tens of thousands of employees, several divisions, and some even have their own investment arms putting money into ideas that look decidedly non-core, let’s say.

The Wikipedia entry seems to head generally in a more helpful direction, when it talks about start-ups facing high uncertainty. This is definitely shared by most of the things I read described as start-ups, although the entry does get rather preoccupied by the desire for large growth and scale, which is not an ambition common to all so-called start-ups. The theme of certainty is on the right track, although lots of businesses face uncertainty – look at the high street – yet that doesn’t make start-ups out of Mothercare or British Steel, two companies being written about at the moment due to their uncertainty.

A fascinating article by Mike Moritz, this week, supplied the missing lines of thought (FT: Winners in Silicon Valley put in the hard yards). Incidentally, I presented to this illustrious investor once, a million years ago. I went to what looked like a log cabin, over at 3000 Sandhill Road, and made my pitch. He didn’t go for it, but that didn’t stop me, and I raised the investment I needed in Boston, instead. It’s worth looking him up (Wikipedia: Michael Moritz)

There are these guys and those guys

Mr. Moritz writes eloquently about the high profile, high energy salesmen who charm vast sums out of investors and then throw caution to the four winds and spend with great flamboyance and noise. Goodness me, we’ve seen this, aplenty. He draws the distinction between these characters and the infinitely more backable entrepreneurs who’re obsessive and driven by a sense of ownership to create something that’s theirs, not merely to dissipate something that isn’t.

Yes, there’s uncertainty embedded in this, of course there is, but there’s also intent and creativity to a purpose, and that effort comes down to the driving ambition that lies behind the venture.

Yet to prove that they’re sustainable 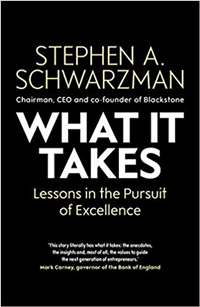 Mike’s discussion of the two kinds of founder combines well with my definition, to point to the key thing to look for in a start-up: is its driving force on a mission to prove viability and achieve sustainability? That doesn’t describe the Adam Neumann that’s been portrayed in the serious press recently. Searching for that defining mission and its owner is not a bad starting point for anyone trying to get to the heart of a new business to figure out whether or not it’s likely to succeed.

I read elsewhere (FT review) that Stephen Schwartzman says in his new book that “You can learn to be a manager. You can even learn to be a leader. But you can’t learn to be an entrepreneur.” That’s probably right because entrepreneurialism an attitude, so you can inform, nurture, even unleash, but probably not teach.

Blog Why the world is battling over 5G
Blog Scarlett O’Hara and what’s around the corner for tech infrastructure
Blog 737Max, WeWork, and how tech can deceive
Blog Pre-flight checks for business
Blog These conditions require skillful driving
Blog Make Believe Startups
Blog Are we nearly there yet?
Blog The future began a while ago
Blog Can entrepreneurialism be taught?