Data seems to matter to everyone but people 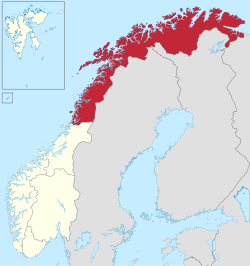 So Norway is joining the space community and launching two satellites to deliver broadband to its northern regions up near the Arctic. The ground stations will be government run, they say it’s so that they remain in control, and the satellites are going to be carrying the latest defensive technologies like anti-jamming and protection against radiation.

Yes, the two satellites will carry transponders for broadband that will be operated by Inmarsat, but they’ll also carry systems for the US Air Force and another for Norwegian Defence services. The US Air Force chunk alone is costing half a billion Dollars.

Think about it: there’s almost no one up there – the region has less than 10% of Norway’s population and only 7% of their GDP – so why would they do that? It’s all about climate change opening new borders, the geopolitics of the Arctic, and about the all-important data.

Space has become a data battlegound

International treaties do forbid putting nuclear weapons in Space, but that’s about as far as the limitations go. Apart from warfare and testing human endurance, I can think of few uses of space that don’t revolve around data. Weapons are being readied for remote combat in this data battlefield: laser directed energy weapons are already there, and India has been talking about “dazzling” any satellites they see as threatening. China deployed its anti-satellite missile system way back in 2007 – those are called “kinetic energy weapons”, by the way (aka: hit it with something solid).  Russia is busy up there, of course; even France has just announced a €700m increase in its €3.6bn budget for surveillance and active defence in Space.

Space has become integral to communications and positioning vital eyes and ears for around thirty nations, and all the vital data generated – getting it, transmitting it, listening to other people’s, and doing whatever you can to hobble the other guy from doing the same.

Of course data is information, actually

The word “data” makes it all seem rather abstract and technical, but “data” is just a nerdy name for information and for the most part it’s important information, too. Outside business and industry, discussions on data issues seem to focus mainly on hacking breaches and security lapses, perhaps that’s because “data” are seen as a technical, inanimate matter.

Cyber and Infosec are important but, simplistically, this is largely a matter of manning the barricades against intrusion from outside and allowing access only to a pre-defined white list set by minimalist policies focused on exclusion.

Who’s talking about the policies?

Business and industry often discuss data issues and problems, the disadvantages or complexities of implementing this or that policy. The policies, as such, are rarely discussed across society at large, yet they have been important for a long while, and are going to get relentlessly more so.

Who should be allowed to store all this information in the first place? GDPR starts to address this but it’s rather a blunt instrument. There are requirements in GDPR for those collecting information to get approval from individuals, first. I’m not sure this is really good enough. I know my doctor, optician and others have personal information about me, but I don’t ever remember being asked for permission to store it.

I know my car’s licence plate is frequently and routinely scanned and stored, but I’ve no idea how many organisations are doing this, never mind any actually asking me first, even if that were practical. Yes, yes, I know that the GDPR restrictions refer to information on identifiable individuals, but there’s the whole thing about inference: I’ve got information sets “B” and “C”, which means that I can work out who “A” is. Who’s thinking about all the implications of that, besides all the people collecting data, that is? 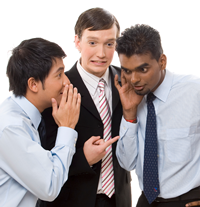 That’s just who’s collecting information. What about who’s sharing the stuff?  The latest revelation about Project Nightingale rather suggests that there must be a great deal of sharing going on, only some of which has been rumbled.  So Google has been caught doing it like Facebook was with Cambridge Analytica, but these are just two organisations, and only one naughty project each – is that it? Really?? I don’t think so.

Slow discussion is no match for urgent incentives

Here are huge organisations getting ahead of the game as fast as they can. Discussions about what’s right and wrong are under way but seem to plod along behind, often giving off the impression of talking shops enjoying doing just that: talking. Mostly commercial warriors are doing what they want and so are the folks in the talking shops.

These are intensely ambitious organisations competing urgently with one another, and desperate to out-do one another. It’s global, inevitably, as the deal just announced between SoftBank and Line, Japan’s most successful messaging app, in an effort by Line to leverage their 160m users and their data to compete with Asian and US tech rivals, not forgetting the desperation of Masayoshi Son to repair his reputation. Given that Line doesn’t make money, and SoftBank…. well, enough said…. it all looks rather competitively defensive. SoftBank has access to swathes of data from all its various companies.

I bet there are thousands of questionable projects and dubious uses of information for every one that gets discovered. They’ll be going on in large organisations and small by the truckload.

Self-interest runs ahead of probity

Data sharing enables inferences that extends the information still further. Look at the vast reach and success of Edwina Dunn and Clive Humby, to mention just one crowd. Boy, did that ClubCard project work out well. I wonder where the sharing is going on there?

So many organisations are collecting and collaborating or can. Think of that common Google identity, the “join with Facebook ID”, the “you need to register on iPlayer, NowTV, ITVHub and, of course, all those free Wifi hotspots. Personally, I’ve got a spoof person with a LinkedIn entry and a facebook profile, and he’s the guy that does most of that registering, not me. It’s truly fascinating to see how his identity and personality are used. Despite being very careful, he gets quite a few worryingly insightful “friend suggestions” from social media, and plenty of targeted ads.

Big Tech is racing. Google has its healthcare initiatives, and so does Amazon in its Haven joint venture with Warren Buffet and Jamie Dimon. Between them, they have 1.2m employees, so there’s huge economic benefits to be had, for sure, but think of the grip it’ll have over data. What then? Will they stop there? These guys have the advantage of being able to fly under the health regulatory radar set up for hospitals and clinics, because it doesn’t apply to tech companies in the same way. So-called Regulatory Arbitrage, which is the same technique Uber and others have tried to exploit. 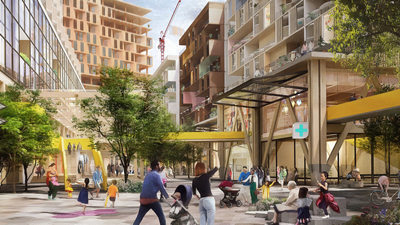 Who’s heard of Sidewalk Labs? Now that’s really quite scary. Thank goodness Toronto owned the land and had the presence of mind to use that to clip the wings of this venture, which was looking for a while as though it was going to get out of control. Even so, Google looks as though they’re using bribery to save the thing. At least it’s only 12acres for the moment, not 150 as they’d attempted. There’s still an open question over who will control all that data. Ok, it’s not the so-called independent trust proposed originally, but is it acceptable for it to be the Government? Lots of issues there, whoever gets their hands on it.

Alphaville published a fascinating piece a couple of weeks ago, in which a hedgie analysed the value of Alphabet (FT: Antitrust and the intrinsic value of Alphabet). Among the many conclusions he reached was that a break-up of the Google empire probably wouldn’t achieve much, since even each of the components dominate the sectors they’re in. So if each division dominates its environment, what does that say about the whole thing combined, and should they be allowed to gobble up new sectors to dominate them and add to this behemoth and the overreaching, all knowing vast data set of knowledge it’s building on all of us?

Now we read that Apple is getting involved with town planning (Apple commits $2.5 billion to combat housing crisis in California). Where does all this end? Big Tech’s tentacles are getting everywhere, into everything, and knowing about everyone. It looks like an unbreakable, unbeatable position.

I know I’m a bit nerdy about data. I’ve got four copies of any and all data that I work with or depend on. I can roll back any file daily almost two months. I’ve got weekly snapshots going back years, and I’ve got an encrypted remote filesystem that’s synchronised live when I’m connected. Oh, and I’ve got an SD card in my main machine that takes a snapshot every twelve hours. 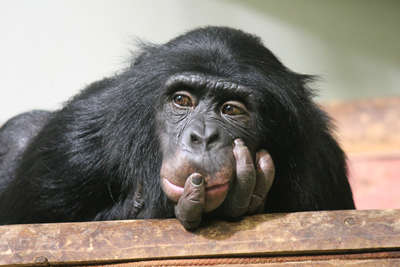 Many might see that as overkill, but I’m astonished how few people, even people who ought to know, actually do back-up any data. Worse still, almost no one tests the wretched things by trying a restore from time to time. I did hear of a school that had a machine fail, and this revealed that their local authority hadn’t been testing the back-up service they’d been paying for, and it was discovered that all the schools in the whole area had been without safety copies of anything for three and a half years.  No one seems to care that much.

Consumer complacency shocks, of course, so it’s a shock not a surprise. I’ve written elsewhere about FaceApp and Zao, which look like brazen initiatives by Russian and Chinese actors to harvest facial images from millions of ordinary people – successfully, too, by all acounts – yet all those people sign up willingly and without a care in the world. I know that I’m starting to sound like a lobbyist, but I find the way most people seem to be sleepwalking into widespread use of AI and data is bizarre and puzzling.

Well, we might speculate that populations at large only really care when something has a real personal impact. I start to think about the Luddites and Tolpuddle Martyrs of the early 19th Century, who caused riots when the Industrial Revolution started to take chunks out of employment, and I wonder what will happen as AI and robots do the same….. Read my notes on Dehumanisation here

Blog At last I see some certainty about start-ups
Blog Why the world is battling over 5G
Blog Scarlett O’Hara and what’s around the corner for tech infrastructure
Blog 737Max, WeWork, and how tech can deceive
Blog Pre-flight checks for business
Blog These conditions require skillful driving
Blog Make Believe Startups
Blog Are we nearly there yet?
Blog The future began a while ago
Blog Can entrepreneurialism be taught?